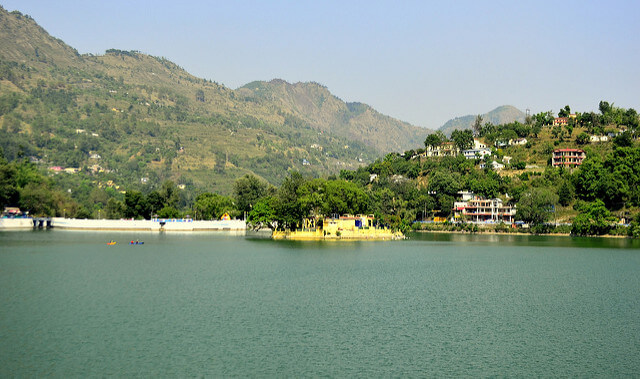 Bhimtal is a small Nagar Panchayat situated in the northern part of the kumaon region, Nainital District in Devbhoomi, Uttarakhand. Named after the strongest pandava Bhima in Mahabharata, Bhimtal stands at an altitude of 1370 meters above the sea level. Located in the Lake District Of India, this small town is famous for Bhimtal Tourism, Bhimtal Lake of which an island stands in the centre and many more splendid views of the nature. The town is an older city than the famous hill station Nainital and is also driving attention of a lot of tourists who visit Nainital for leisure and peace because of being less crowded. The weather of the place is pleasant, that is not so hot during the summers but very cold in the winters.

10 Points Of Interest In Bhimtal

Bhimtal is now emerging as a tourist spot and it draws the attention on nature and peace lovers. Like the famous Bhimtal Lake there are many more attractions that are a must visit in Bhimtal.

Kumaon region is the Lake District of India and the Bhimtal Lake is the largest lake of the region. The lake has an elevation of 4511 ft and spread in an area of 47 hectares. It is a ‘C’ shaped lake that consists of an island with a museum in the centre. The lakeside destination is a treat from where one can enjoy splendid vie of nature and experience serenity of the spot. The lake provides a shelter to a variety of species of fishes. The lake is surrounded by the forest area with the cottages on the west and terraced fields on the opposite side, shopping centre on the southern shore and a small sanatorium in the northern. The main attraction of the lake however remains the island in the centre consisting of the Bhimtal Lake Aquarium and a sight of the Victoria Dam and The famous Bhimeshwar Mahadev Temple. The area at the shore of the lake is an all in all treat, a peaceful spot for the lovers and a picnic spot for the families. 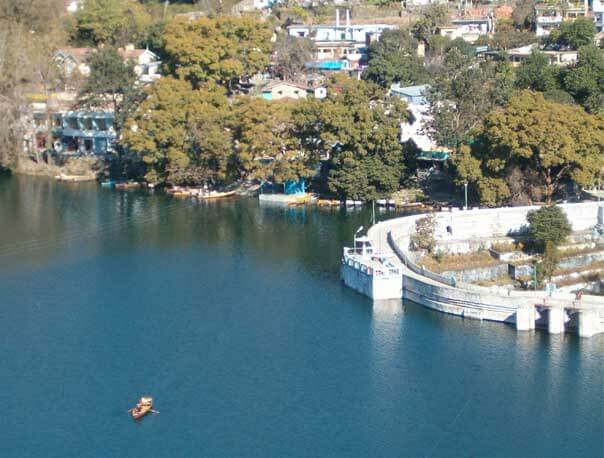 The aquarium is located at the island that stands at the centre of the Bhimtal Lake. This place war earlier a restaurant which was reconstructed as an Aquarium that stands today. One can reach the place with the help of boats. The aquarium is a shelter for a variety of fishes from different countries like Mexico, South Africa and China. The main attraction of the place remains the location and the variety of fishes that are displayed with a charming background. 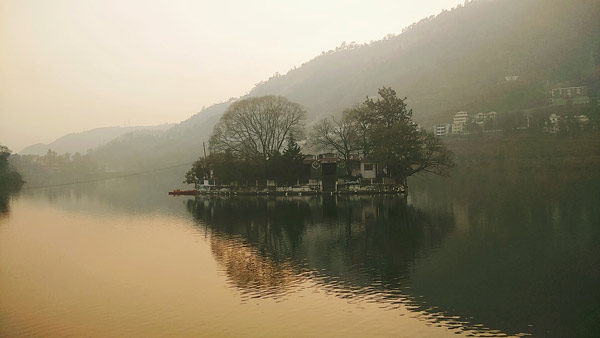 Situated at the banks of the Bhimtal Lake, The Bhimeshwar Mahadev Temple is dedicated to Lord Shiva and is said to be built by Bhima, after whom the town of Bhimtal is named. It is a saying that a voice from the sky told Bhim to erect a temple during his banishment period and being a devotee of Lord Shiva he made the temple but the present day Temple is said to be made by Baz Bahadur, the then king of the kumaon region. The main attraction of the temple is the location, the sacred importance and the complex architecture of the temple. 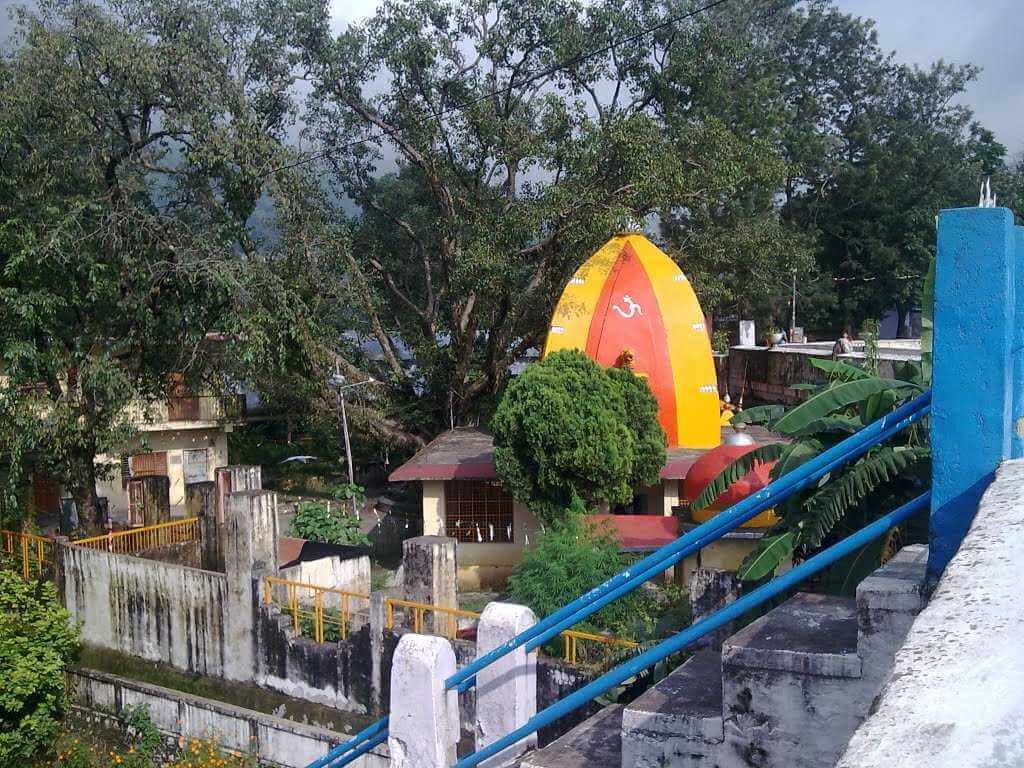 Located at the banks of the Bhimtal Lake this 40 ft high dam was built in 1883. What becomes an eye candy is the Flower Garden on the either sides of the dam. The views of the dam are charismatic and generally is seen as a good background for clicking the pictures. 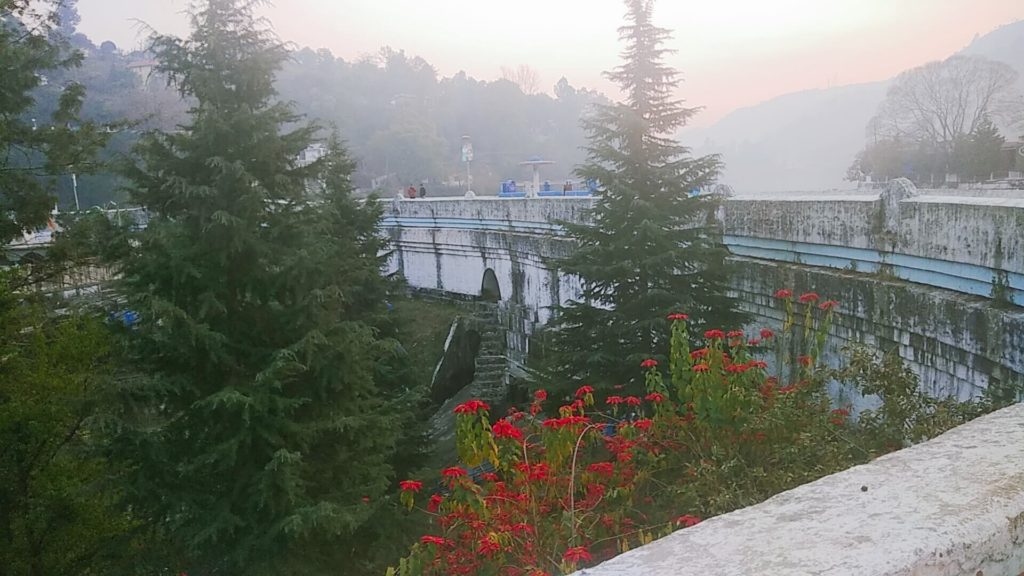 The beautiful mountain can be seen standing at the shore of the Lake and is named after Hidimba who was Bhima’s wife. The place offers charismatic views and is the shelter for a number of species. 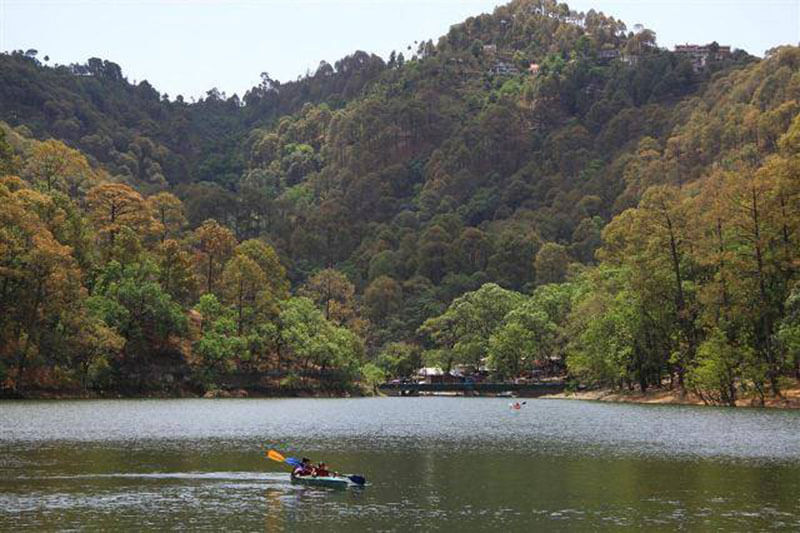 The ashram rests at the Hidimba Parvat and is actually a sanctuary for wild animals. It is named after its founder Vankhandi Maharaj who was a monk and an environmentalist. 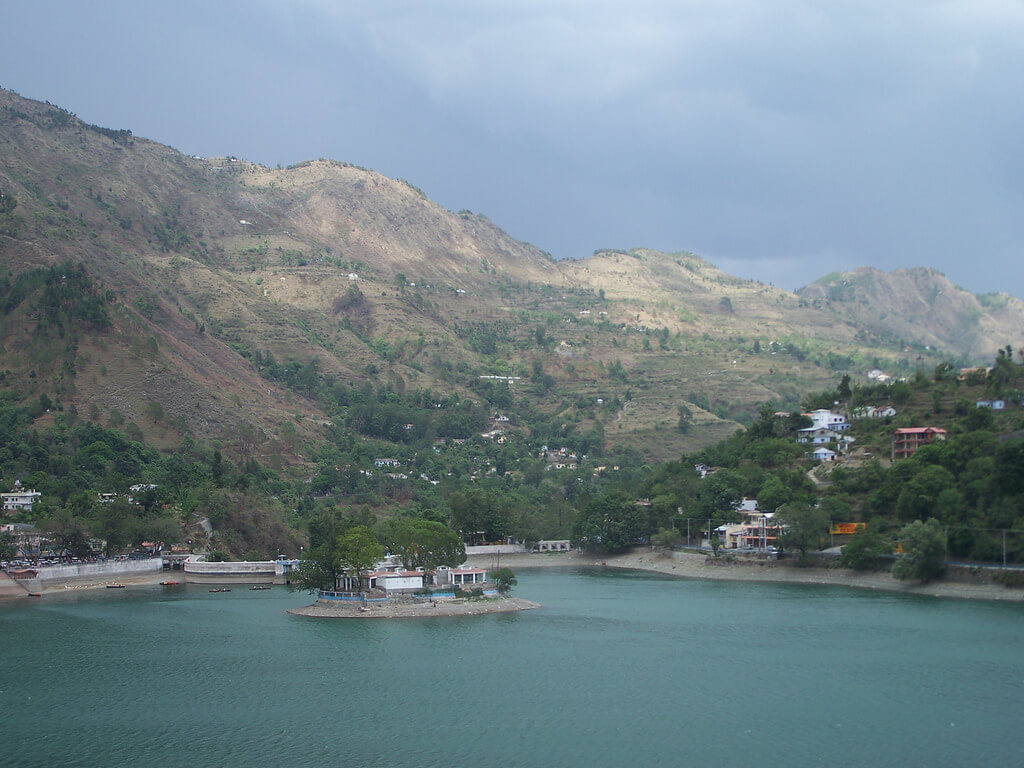 The taal or lake is situated around 2kms from Bhimtal and is a natural lake. It is believed that the palace of the famous king Nala drowned in the lake. The place has a sacred importance for the dwellers. 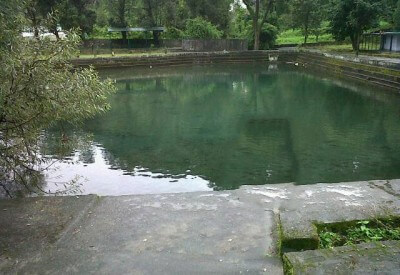 The temple is named after a mythological cobra, karkotaka and is one of the famous Nag Temples in Uttarakahand. Large number of people head their way to the temple on the occasion of Rishi Panchami. It is a belief f the local people that the serpent god protects the village from snakes. 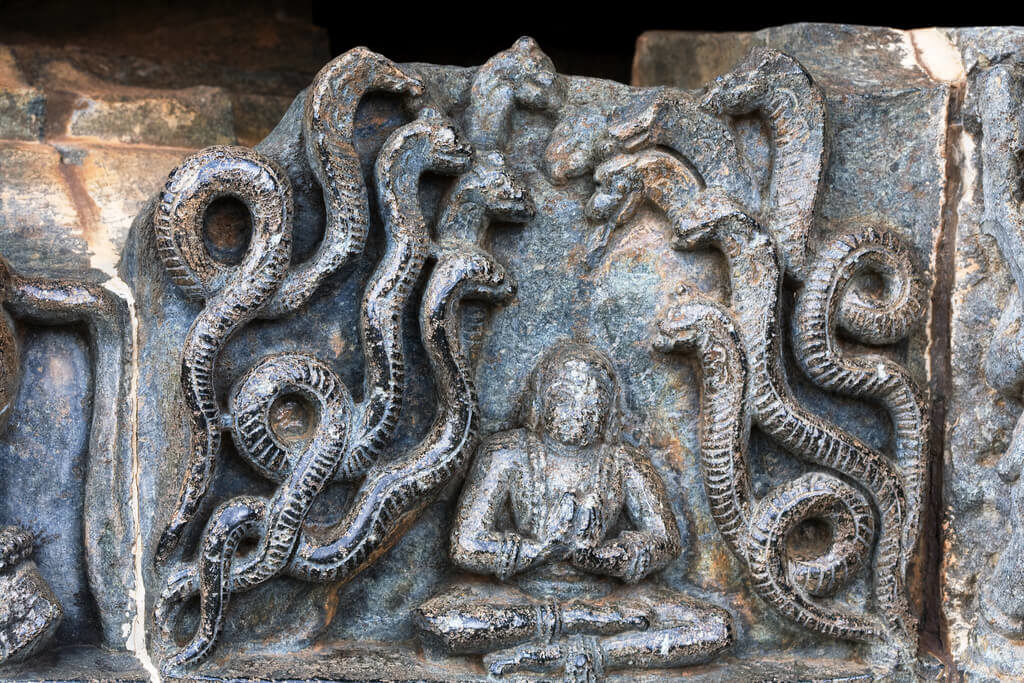 This is a famous mazar which attract a large number of devotees every Thursday. The mazar is a perfect example of unity in diversity as people from all the religions make their way to the mazar to worship. The main attraction of the mazar is however its location, from the mazar one can see the whole view of the lake and also of the nearby situated lake, Naukuchiyatal. 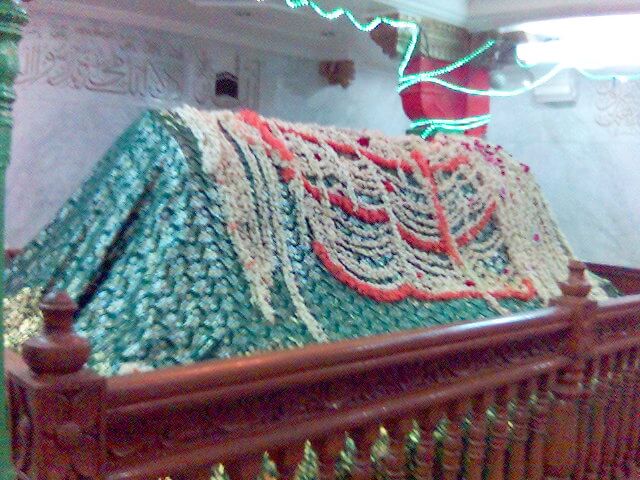 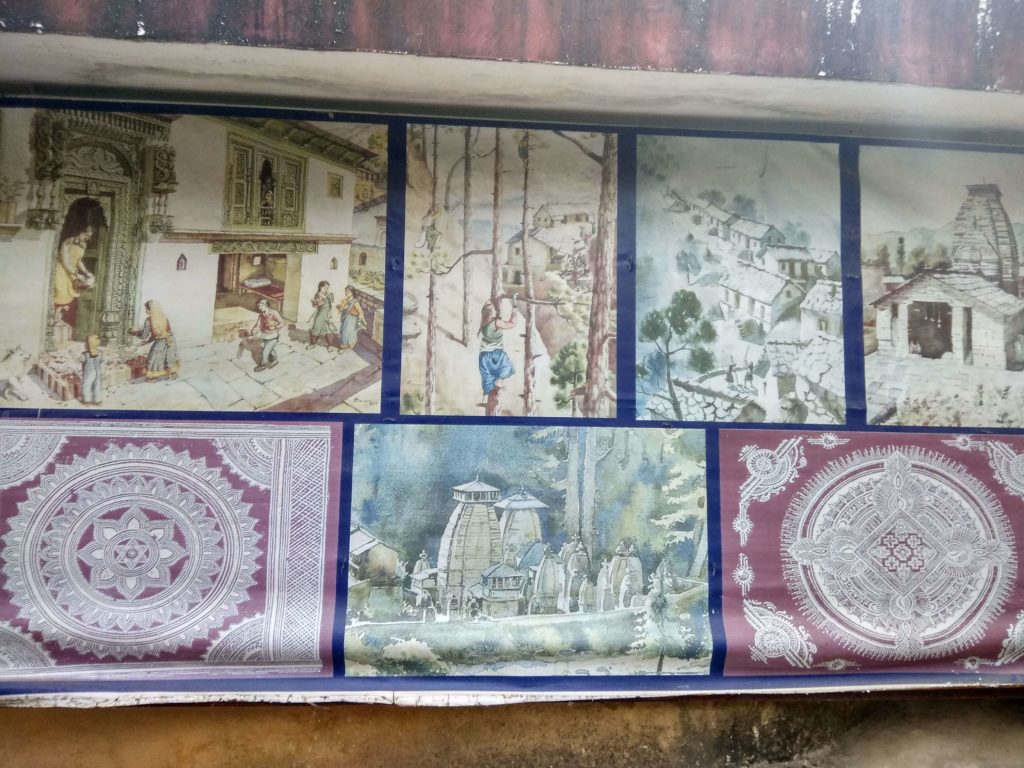 There are many other activities that one can enjoy in Bhimtal. The activities include Boating, Mount Biking, Hang Gliding, Paragliding and the peaceful nature walks. 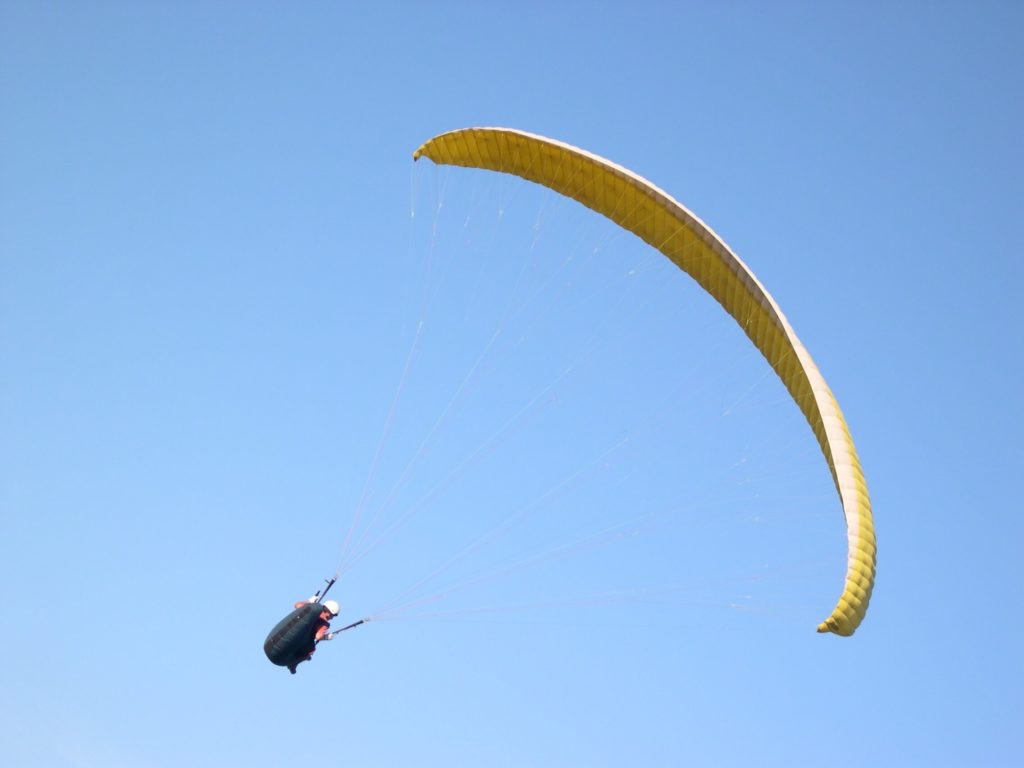 There are many more places that one can visit near Bhimtal such as Ghorakhal Temple, Hanuman Temple, Naukuchiyatal, Sattal, Kainchi Temple, Garudtal and Nainital. One can visit these places by a taxi.

Good To Know – Nearest Railway Station, Kathgodam is 23kms away and is well connected by buses and cabs.

Nearest Airport, Pantnagar is just 55kms away and is also well connected by buses and cabs.